One of the barriers students face in writing critically is their misunderstanding of exactly what this process entails. For example, if a student thinks a critical analysis of a major theorist in the field, a canonical text, or a widely accepted theorem involves showing how the theorist, author, or proof is wrong, this is an incredibly intimidating prospect. It would take an extremely confident, or extremely foolish, student to produce a demolition of a piece of work that was widely referenced, published in several languages, and generally regarded as authoritative. So one of the first things teachers have to do is wrestle learners away from the mistaken notion that criticism is inherently negative, which brings us to our first misunderstanding.

For many of us the word critical carries negative connotations. Being critical is equated with cynical pessimism, with taking great pleasure in knocking down what other people have created; in short, with attacking and destroying what we portray as the naïve and shortsighted efforts of others. It is important to say from the outset, then, that critical reading is a process of appraisal, involving the recognition of positive as well as negative elements. In fact, using the words positive and negative is mistaken because it only serves to reinforce a false dichotomy that we have to reach a verdict that something is good or bad. What critical reading and writing are all about is assessing the accuracy and validity of a piece of work. This means that we will usually find aspects of research, philosophy, or theory that we dislike, disagree with, and find incomplete or overly narrow. But we will also find aspects that seem to us well described, recognizable, and informative. Few pieces of writing we read in a doctoral program will be so unequivocally wonderful or awful that we can adopt a film critic approach to its appraisal, giving it an intellectual thumbs up or thumbs down. If we are reading critically we will almost certainly find that our appraisals are multilayered, even contradictory (as in when the same passages both excite and disturb). But central to all critical reading is the acknowledgment of what we find to be well grounded, accurate, and meritorious in a piece of scholarly writing, as well as what we find wanting.

That It Always Leads to Relativism

Critical reading and writing makes us aware that knowledge is always culturally and disciplinarily constructed—always the product of particular people thinking in particular ways at particular times in particular places. A common response to this discovery on the part of readers is to lapse into a relativistic state of defeatism. They conclude that because nothing seems to have universal certainty (even what passes for the laws of physics change according to time and place), no ideas have any greater legitimacy than any others. This conclusion can induce a kind of intellectual lethargy, a disconnection from the world of ideas.

In fact, critical reading can increase our sense of connectedness to a text by increasing our ability to give an informed rationale as to why we hold the convictions and beliefs we do. When we give a piece of literature a careful critical appraisal we have a sense of its strengths and weaknesses. The intellectual convictions we derive from this appraisal are informed by this same even-handed sense of what is strongest and weakest about our convictions and about why, on balance, we hold these even as we recognize their shortcomings. The point at which the best critical readers operate is the point of informed commitment so valued by the pragmatic tradition summarized in Chapter Two. Informed commitment means being able to give a rationale and to cite evidence for our ideas while always being open to reexamining and rethinking these in the light of further experience.

That It’s Only for the Philosophically Astute

Because so much academic writing on critical thinking is grounded in the paradigm of analytic philosophy and concentrates on argument analysis, it is easy to conclude that critical thinking is not for the philosophically challenged. But critical reading (one form of critical thinking in action) is not restricted to those who pursue majors in logic. I prefer to think of it as a survival skill within the competence of all, irrespective of their formally defined educational level. In fact, as extensive research into how people reason in everyday situations shows (Sternberg, Forsyth, Hedlund, Horvath, Wagner, and others, 2000), the ability to clarify assumptions, analyze evidence quickly, assess the importance of contending contextual variables, and come to informed decisions is evident in many non-academic contexts of adult life. Indeed, critical thinking informs how many of us negotiate and survive what we see as transforming episodes in our adult lives (Taylor and Cranton, forthcoming).

That It’s the Preserve of Politically Correct Left-Wingers

Because one stream of writing on critical thinking, critical analysis, and critical reflection emanates from adherents of the Frankfurt School of Critical Social Theory—a body of work interpreting and revising Marx for the contemporary era (Brookfield, 2004)—there is a tendency to equate any activity with a name that includes critical with left-of-center political views. Students sometimes complain that for some teachers critical reading has a predetermined ideological outcome of turning the student into anything from a liberal to a neo-Marxist. In adult education programs where I have taught, this feeling sometimes expresses itself in the charge that my choice of texts shows I am anti-business. Given that critical theory’s main critique is of the logic of capitalism, this complaint from students is hardly surprising.

However, it is important to remember that one of the most frequent responses to reading texts critically is for students to become much more skeptical of ascribed authority and much more likely to question ideas that were previously taken for granted. Since we live in a culture in which capitalist ideas are invested with such taken-for-granted authority that they constitute the dominant ideology, one possible consequence of critical thinking and reading is the student’s questioning of the moral basis and universality of this ideology. Critical theorists are quick to point out, however, that, critical reading in a totalitarian communist society would call into question the taken-for-granted authority of those dominant left-wing ideologies.

The point about critical reading, properly encouraged, is that critical questions are asked of all ideologies, disciplines, and theories. So a critical social science turns a skeptical eye on all claims to universal validity. For a teacher to mandate in advance—either explicitly or implicitly—that only one ideological interpretation or outcome is permitted in a discussion or assignment is to contradict a fundamental tenet of critical thinking. That tenet holds that all involved—including teachers—must always be open to reexamining the assumptions informing their ideological commitments. For teachers this imperative is particularly important, since one of the best ways in which they can teach critical thinking is for them to model the process in their own actions. I hope, personally, that a critical reading of texts results in students becoming more skeptical of conservative ideologies, and more aware of the inhumanity of monopoly capitalism. And I feel a duty to make my bias known. But I also must continually lay out my own assumptions, and the evidence for these, and invite students to point out omissions in my position and to suggest alternative interpretations that can be made of the evidence I cite. For me to decree that “proper” or “real” critical thinking occurs only when students end up mimicking my political views would be the pedagogic equivalent of papal infallibility. I would kill at the outset any chance for genuine, searching inquiry.

Critical reading, like critical thinking, is often thought of as a purely intellectual process in which rationality is valued above all else. The concept of rationality figures so strongly in work of critical theoreticians such as Habermas that it’s not surprising to find it prominent in discussions of critical thinking and reading. However, critical reading as it is outlined here recognizes that thought and reasoning is infused with emotional currents and responses. Indeed, the feeling of connectedness to an idea, theory, or area of study that is so necessary to intellectual work is itself emotional. Even our appreciation of the intellectual elegance of a concept or set of theoretical propositions involves emotional elements.

So in critical reading we pay attention to our emotions, as well as our intellect. In particular, we investigate our emotional responses to the material we encounter. We can try to understand why it is that we become enthused or appalled, perplexed or engaged, by a piece of literature. As we read work that challenges some of our most deeply held assumptions, we are likely to experience strong feelings of anger and resentment against the writer or her ideas, feelings that are grounded in the sense of threat that this work holds for us. It is important that we know this in advance of our reading and try to understand that our emotional reactions are the inevitable accompaniment of undertaking any kind of intellectual inquiry that is really challenging.

Where to Publish por Rafael Sachetto

How to get Published from Taylor & Francis on Vimeo. Outra fonte importante para SI (ou IS), é os escritos do Professor Michael Myers na sua página (Qualitative Research in Information Systems: References on Case Study Research):
“A standard text for anyone wanting to do case study research is the book by Yin (2002). Three important methodological articles on the case study method in the IS field are those by Benbasat et al. (1987), Dubé and Paré (2003) and Lee (1989). One of the most cited empirical examples of case study research in Information Systems is the article by Markus (1983).”
http://www.qual.auckland.ac.nz/case.aspx

Já agora, gostava de ter acesso ao seguinte artigo (i would like to have access to the following article):
“The case research strategy in studies of information systems” 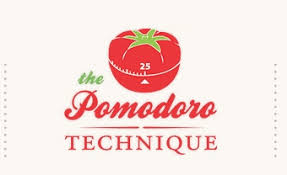 Como começar:
The basic unit of work in the Pomodoro Technique® can be split in five simple steps:
Choose a task to be accomplished
Set the Pomodoro to 25 minutes (the Pomodoro is the timer)
Work on the task until the Pomodoro rings, then put a check on your sheet of paper
Take a short break (5 minutes is OK)
Every 4 Pomodoros take a longer break